Menu
You are here: Home / Bearings / Why Are We Here if Not for Each Other?

Strange to think of my life as split in two by a calendar date. But however much I pretend that November 8, 2016, was just another day for black folks in America, I know this isn’t entirely true. At least, it wasn’t true for me. The depression I’d been halfheartedly battling for the better part of eighteen months took a turn for the worse that day, when I watched the citizens of the country of my birth, and fellow Christians, publicly turn their backs on me and those I love in alarming numbers—despite warnings of what would happen if election results turned out as they ultimately did. 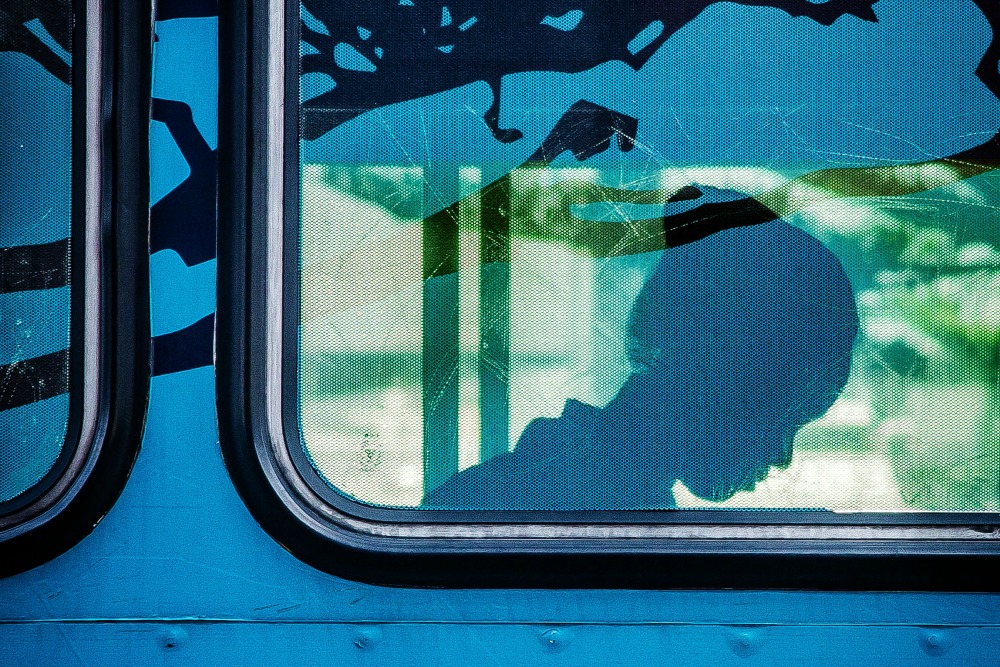 Although I’ve lived in various parts of Virginia throughout my life, I’ve been in the city of Charlottesville on and off for five years. In that time, the history and landscape of this place have become mirrors, of sorts, that reflect my own ambivalence toward the country as a whole. As are so many places in this Union, Charlottesville is at once beautiful and hideous, its legacy fraught with slavery and segregation, gentrification and violence, profound poverty and exorbitant wealth. As I move through this landscape of pastoral charm—the Southwest Mountains hovering over the city, spectral and changing color with the seasons—I can’t help but feel the weight of my otherness, of how much the color of my skin is a reminder of some of the worst injustices the city has tolerated and benefited from for hundreds of years.

Twice already this summer, white supremacist groups have staged rallies in Charlottesville to protest a city ordinance to remove a prominent Confederate monument in town, with plans for a third rally before summer’s end. On Saturday July 8th, about fifty members of the Ku Klux Klan assembled at Justice Park downtown. This was not a secret. They announced weeks before that they would be coming.

There were various opinions before the event on how locals should respond. Many among the city’s leadership, including the president of the University of Virginia, strongly urged the public to avoid being anywhere near the KKK the afternoon of the rally, warning that to do otherwise would be to give them the publicity they wanted and would only further lend legitimacy to their meetings. If I had been inclined to take a more generous view of this warning, I might have seen it as a word of caution. But I could not. I resented the implicit acquiescence that went with it: deliberately ignoring the decay in our midst was the very thing, historically, that had enabled rallies like this in the first place. Surely there was something more that could be done?

Having heard from a friend of mine (almost literally at the eleventh hour) that a few churches were planning counter-protests, and that he would be joining them in peaceful opposition, I also arrived downtown that sticky Saturday afternoon, sick to my stomach and hoping that this, too, counted as prayer. After a group of a hundred or more of us finished praying and preparing, we walked down the street toward Justice Park, singing “We Shall Overcome” and talking quietly. As we turned the corner, I was surprised, to say the least, to see several hundred protesters from other groups walking through the streets as well, already singing, chanting, pounding drums, holding signs, fists raised high in the air. It was a river of color: BLACK LIVES MATTER written on posters as far as I could see, Pride flags of every size bright against the sky, pastors and priests and townsfolk and students moving through the street in unison as we waited for the Klan members to show themselves. Everywhere I looked, there were police watching us, eyes hidden behind dark sunglasses. I gripped my friend’s hand tighter.

If faith is the evidence of things unseen, then perhaps disillusionment is the evidence of things we see with our own eyes. I moved with the crowd of protesters closer to the side street through which the KKK members would enter. We waited. Finally, the Klan arrived, escorted into the park by a black wall of police—heavily armed with rifles and body armor, faces hidden behind dark helmets. Shields up, the police formed a perimeter between the Klan and those of us in the crowd. The sun beat down and, for a moment, I couldn’t breathe.

The Ku Klux Klan walked by us with their heads held high, their own flags and signs waving: Jews are Satan’s children scrawled out in thick black marker on a piece of poster-board. A number of members were openly armed as promised. Some wore the recognizable regalia: long gowns of white, purple, and red polyester. Some just wore t-shirts and jeans, and all of them—men and women—showed their faces. The crowd, about one thousand strong at this point, booed so loudly that you could feel it in the concrete. The Klan held their rally, their voices largely drowned out the whole time. Then the armored police, an impenetrable black wall, escorted them out, ensuring their safety.

I still don’t know what to do with the sorrow and rage that live inside me.

Chief among my many worries, living in and with this body, is that fatigue will simply become a way of existence for me. I worry that the two things in my life that have staved it off the most: my faith in Christ, and poetry—which I’ve described elsewhere as my rickety bridge from desolation to the divine—will eventually crumble like dust underfoot, and that I will lose hold of both tethers that have anchored me thus far. I am so tired, I keep hearing myself say.

Bless those who curse you, pray for those who mistreat you, said Jesus —the champion of the marginalized and poor, the so-called religious radical who was executed by the state, the God to whom I’ve offered my life. It is an injunction that rarely makes earthly sense, especially now: how can I bless when I have nothing left to say? And what should I pray for? A plague of locusts?

In her book-length lyric essay Don’t Let Me Be Lonely, the poet Claudia Rankine asks, “Why are we here if not for each other?” This is the question I keep asking myself and whomever else will listen. Perhaps, in its own way, it’s the question. If our lives and work and words are not in the service of transformative devotion to and for our neighbors, then what, in heaven or hell, are we doing?

From its visible conception in 2015, I haven’t hidden my opposition to the inevitable trajectory of our current administration, what it is and is proving itself to be, and, perhaps most ominously, what it has emboldened among citizens—including fellow Christians.  So-called “political correctness,” that great topical punching bag of our age, has been dismissed as nonsense and has been elbowed aside from the top down by other inclinations: an overt worship of the state, a predilection for nationalistic grandstanding, and an open disdain for those who have historically been on the margins of society. While Muslim refugees are banned from entering our borders and unarmed black men, women, and children are killed by the very law enforcement sworn to protect us, “America first” remains the rallying cry of the country’s leader, the sentiment echoing from the walls of Capitol Hill to the pulpits of the self-titled “silent majority.”

None of the things I’ve just named are new. Such injustices, and insistent conflation of God and country, have long been part of our history and will continue long after we are dead. But novelty is hardly the point, when staring a great beast in the eye.

Through all of this, what continues to bring me to God is the way the Gospel so often makes an appearance in the poetic, regardless of the land to which I’m tied:

Bless those who curse you.
Pray for those who mistreat you.

Why are we here if not for each other?

I don’t fear the country’s president. But I do fear what my neighbors can do—those people who are nearest to me, and who could easily harm me if they wanted. Possibly with impunity.

Still worse than any of the fears I’ve named above: I fear that if not a bullet, the combined inaction and silence from allies of privilege—regardless of the justification behind this inaction—will be the thing that changes the course of my life and the lives of those I love forever.

Yes, in that crowd that marched against the KKK, I saw hundreds of white people, elderly and young, putting their bodies  at the scene to protest an obviously vile ideology. And I was grateful to witness it. But what about the next time, and the next, when it isn’t so obvious a task? The gratitude I felt in that crowd was real, but it was gutting and heavy, mixed with the sinking knowledge that such communal support could be withdrawn in a flash. Communal trust is not built overnight. It must be sustained by years of consistency, active listening, humility, and shared pain.

Feelings will not change the law, or make the law more just. But if we do not begin with feeling for one another, are we not then truly cursed? And to those of faith: if private prayer does not lead to action, then what good is it? I am not exempt from this struggle, either, as I continue to realize that if I don’t use what words I have to speak up for justice, and seek to know the mind of Christ in these matters, I will lose my faith altogether.

For me, and for others like me, this work is very literally a matter of life and death.